At this time of year in our town as you drive down Main Street heading toward the A&W
the horizon is dominated by a very large star. It appears to be hanging in the sky but it’s not. Many
years ago the Boy Scouts constructed a frame that would enable lights to be arranged in the shape of
a star. The night after Thanksgiving the lights are turned on. It remains lit until several days after
Christmas Day. The star is a significant symbol of Christmas even though the magi did not actually
arrive on the night of the birth of Jesus. The star is a reminder of the incarnation, the reminder to us
that God became man and lived among us.
What is interesting is that on Ash Wednesday that spot that shines as star during Christmas
becomes a cross during Lent. Each night the horizon is dominated by lights in the shape of the
cross. The cross is the reminder that Jesus Christ, God in human form, was crucified to redeem a
sinner such as I.
Over the years I have tried to develop a word picture that, in some sense, captures the
wonder of the incarnation and the cross. I’m not certain there is one that can clearly convey the
profound difference between being fully God and taking on human form, living as a servant.
However, while spending time meditating on the incarnation, and its impact on my life is
important, there is something else that I also think is important. When I was growing up in Sunday
School we used to sing a chorus with this phrase, “let the beauty of Jesus be seen in me.” In other
words, once the incarnation becomes a reality in your life you are to become incarnational. Let
those who around you see Jesus in you.
When I was young and growing up in church I thought being incarnational was conforming
to the rules of holiness. In those days that meant no smoking, drinking, dancing, movies, playing
cards, watching TV on Sunday and a whole host of similar prohibitions. However, by God’s grace,
I believe, I have a better understanding of what it means to be incarnational.
At First Baptist we put on an annual hunting seminar. It is an event where we can fill our
building with a majority of people who may know about Christ but do not know him. The speaker
is someone who knows about hunting but is also a Christian, and during the presentation gives his
testimony. Our prayer is that those who do not know Christ will see their need and respond to the
gospel, that they will come to truly understand the incarnation in a personal way. However, what
has come to light over the eight years we have done this is that those who have come have
experienced something I never envisioned.
While some of the speakers have really done a superior job in presenting the gospel. Those
who are served the meal we offer have consistently remarked about what they sense and see. In a
word, I have come to realize something incarnational happens during the serving of a meal to nearly
200 “rough around the edges hunters” that come each year. They are amazed by the service the
ladies of our church give. In particular the genuine delight they see in faces of those who serve and
the absence of tension. Without plan or design those who know the incarnation personally have
become 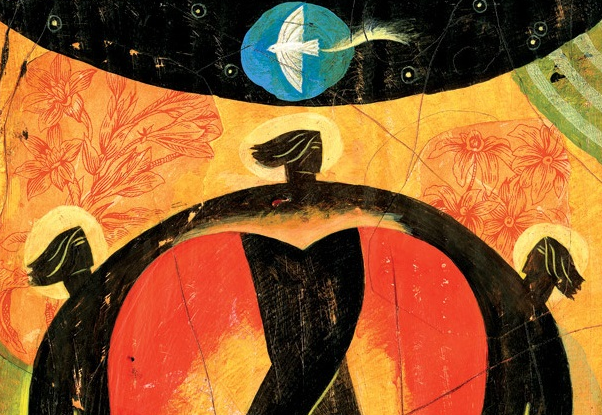 incarnational.
As we focus in on the incarnation during the Christmas season. Let us not forget the need
to be incarnational. Let us also realize that it does not have to mean doing a great feat but simply
letting “the beauty of Jesus be seen in me” in whatever we do.
Don Shaw, Regional Director
donnccba@triwest.net
“Easy Like Sunday Morning?”
OK, so I’m an old guy. I enjoy listening to the Commodores. I was driving along the other day and
listening to Lionel Ritchie sing “Easy Like Sunday Morning.” And I got to thinking: What makes
Sunday morning so easy? Sunday morning is everything but easy for those in ministry, who need to
guide musicians, manage worship, preach effectively, and sometimes even pick up trash from the
parking lot—on Sunday mornings. My wife Judy once admitted to me that when I was a pastor and
our children were small, Sunday mornings were anything but “easy”—they were often filled with
tension and stress.
Since I’m usually speaking somewhere on Sunday mornings, I attend a church that offers Saturday
evening services. On a given Saturday evening, I can see a number of pastors and their wives
attending worship. They are joyously singing and freely worshiping God. I think those pastors are
on to something. Many of us, because Sunday mornings are not “easy,” face a worship deficit. We
are busy planning and facilitating worship that we seldom get a chance to worship ourselves. We
are seldom on the receiving end of worship. Though many of us don’t have access to a Saturday
evening service, and Sunday mornings are not “easy,” we need to figure out how, on a somewhat
regular basis, we can take in God’s Word and be on the non-planning, non-guiding side of worship.
What will that look like for you?