In the most recent Church Smart flier there is a book mentioned and
reviewed, Knocking Over the Leadership Ladder by Paul Ford. In that
review there were a couple of statements that captured my attention.
First, “In the Western world, the search for community is both real and
pervasive. But while there is a strong desire for community, our
approaches often fail. Too often, our church communities cannot move
beyond wants, needs, or task fulfillment of the individual – thus, it is
extremely difficult to build depth and lasting unity in relationships. Put
simply, it is difficult to find communion of the Holy Spirit when the
spotlight in on self.”

Second, “God desires that we be His Kingdom builders, committed to the
task of stewardship of what he has prepared in our lives and those he
entrusts to us. The desire for earthly kingdom climbing pervades our
culture, but God has designed a different model through his grace.”

In mid January I made a trip to Torreon, Mexico. In Torreon I met with
Doug Bytwerk and Tony Gomez. Doug is senior pastor at First Baptist,
Spring Lake, Michigan, and Tony is the pastor, Grace Baptist Church,
Torreon, Mexico. Jointly they head the Spanish American Mission. It is
a small group that was started by Doug’s father and Tony’s father, a
pastor in Mexico.

My purpose for meeting with them was to see if this group could help
resource a number of our churches who are seeking to develop Hispanic
ministries in their communities. While in Torreon, Doug and Tony took
me on a tour of a number of the churches that have been started and to
meet their pastors. All of the ones I met had a spirit that I found very
humbling.

An example is Juan Baptiste: Juan lives in small town outside of
Torreon. His home is a small (600? square foot) house with his wife and
four children. He drives an old beat up Ford Festiva that only has first
and second gear. The church is not able to pay a $300 a month salary in
order for him to be full time. To make ends meet he hand picks cotton.
In speaking with Tony I found out that Juan will serve as pastor of that
church until he dies. He has not thought of seeking a bigger or better
ministry. His long term goal is training the next generation of leaders and
be engaged in the planting of a new church in a nearby community that
has no gospel witness.

The church building where Juan and the congregation meet is located on
the edge of town. It is part adobe and part concrete block. It has two
rooms off the back for Sunday school. They have around 100 that
attend. When we took a tour of the building, Juan pulled Doug aside to
ask him something. Each year Doug brings tradesmen to Mexico for
construction projects. We were outside at the back of the building. Juan
drew in the dirt next to the building a box (10′ by 15′). His request,
“Could the Mission provide the materials and crew to add another room
to the building?” In other words, of all of things he could have asked for,
with justification, his request was for something that would enhance the
ministry, not his personal life. 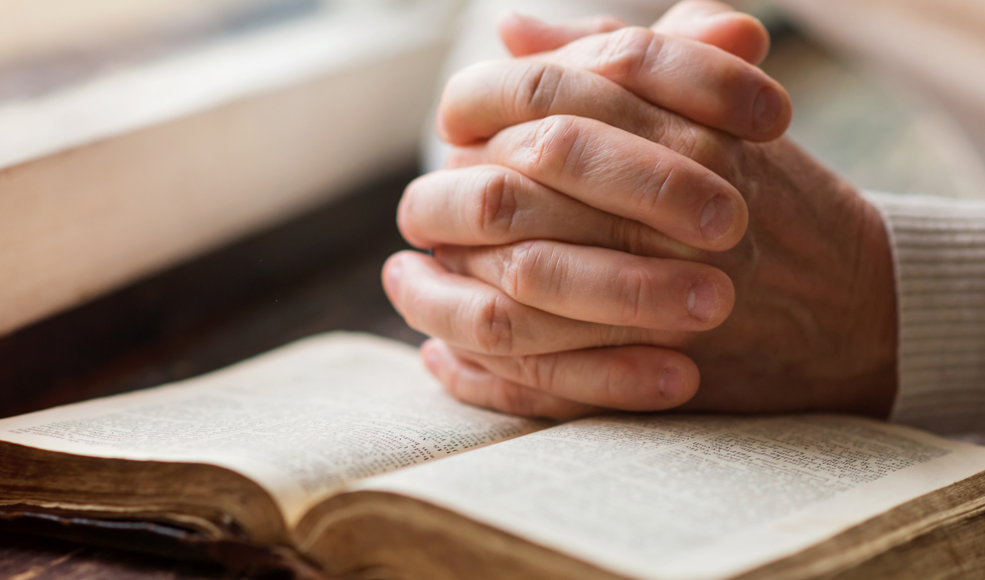 I recognize that comparing cultures is like comparing apples to oranges.
2
However in reflecting on the comments of Ford, Juan and the other
Mexican pastors, I find I am challenged. It seemed to me that they really
understand that “it’s not about me it’s about Jesus” and “it’s not about
now but eternity”. My prayer is, “Lord, make my focus on things that
really matter to you and not on this world’s model of success.”
Don Shaw, Regional Director
donnccba@triwest.net

The family I grew up in had a number of oft-repeated sayings that served
as an effective verbal shorthand to let you know how things stood. This is
one of them: “Enough is enough! And too much is plenty!”

As a child, I would hear this when I was pushing the limit in some
direction or another, and I was about to step over that invisible but very
real line that divided the acceptable from the unacceptable. It was usually
said rather low-keyed and without anger. It was just a statement of fact.
“Enough is enough.”

The expectation was that my behavior would change and the stress that
was mounting in the family system would be reduced or relieved.
However, sometimes when stress is increasing, we are not able to
reduce or relieve it quite so easily or so effectively. Sometimes the real
issue is not how huge or heavy the concern is, but how long we carry it
and whether we can take steps to lay it down. This morning I received
the following vignette in an e-mail from a friend. I have no idea who the
author is, but it contains some wisdom.

Stress Management: A lecturer, when explaining stress management to
an audience, raised a glass of water and asked, “How heavy is this glass
of water?” Answers called out ranged from 20g to 500g.
The lecturer replied, “The absolute weight doesn’t matter. It depends on
how long you try to hold it. If I hold it for a minute, that’s not a problem. If
I hold it for an hour, I’ll have an ache in my right arm. If I hold it for a day,
you’ll have to call an ambulance. In each case, it’s the same weight, but
the longer I hold it, the heavier it becomes.”
He continued, “And that’s the way it is with stress management. If we
carry our burdens all the time, sooner or later, as the burden becomes
increasingly heavy, we won’t be able to carry on. As with the glass of
water, you have to put it down for a while and rest before holding it again.
When we’re refreshed, we can carry on with the burden.”

Perhaps this little illustration can help us better understand what Jesus
was offering us when He said: “Come to me, all you who are weary and
burdened, and I will give you rest. Take my yoke upon you and learn
from me, for I am gentle and humble in heart. And you will find rest for
your souls. For my yoke is easy and my burden is light” (Matthew 11:28-
30).

Perhaps the burdens of our ministries become stressful because we try
to deal with them alone for such a long time. We have the idea that we
ought to be able to fix things-to “make it all better.” We might even tell
3
people, “Everything will be alright.” The truth is that we cannot fix it and
everything will not be alright.

When we try too hard and too long to carry the responsibilities of ministry
for others, they become too heavy. On the other hand, when we take
them before the Lord and lay them down, sooner rather than later, we
find rest and restoration. When it is time to shoulder them again, we can
have the Companion and Co-worker par excellence of the universe
under the burden with us.

Even if all we are doing is offering a cup of cold water (Matthew 10:42,
25:40), we need to not hold it too long without resting; when we rest, we
need to rest in Him; and when we continue, we are privileged to be
yoked in tandem with the Creator and Sustainer of the universe.

FATHERS, TAKE NOTICE
This month’s topic is directed at those of you who are fathers. How are
you doing at being a dad? I’ve got four kids that are now out of high
school, and as I look back at those formative years, we had good times
and we had some tense times. There are memories that just bring a
warm sensation all over my body, and then there are those times that I
really screwed up & it still makes me wince. We, as youthworkers, have
the tendency to spend too much time with other people’s kids, and
not enough time with our own. My mantra, when my children were
younger was…”I gotta go!” Does that sound familiar? We seem to
rationalize our absence in the family, because “we’re on a mission for
God.” If we’re doing church work, then it’s OK to ignore our
responsibilities at home…or is it?
We recently held a city-wide youth event, of which part of the evening
included creating a “My Space” account on paper. One of the questions
asked was “How does your dad see you?” Listed below are some of the
responses:

-he doesn’t
-not worth it
-daddy’s little girl…gone wrong
-I’m not worth his time, and I’m not worthy of his love
-his kid…unfortunately
-a disappointment. worthless. fat
-he doesn’t want to. I am unwanted.
-dead, not important, not good enough
-I don’t fit into our family
-my dad doesn’t see me
-a geek
-I wish I knew
-a failure
-WHAT DAD?!?!?!
-destroyed…only accessible by hatred
4
-I don’t know how my dad feels about me because we never talk.
-NOTHING. That pretty much says it all. He doesn’t talk to me. He
never comes to see me. He never tries. He really doesn’t care about
me. I used to be his baby girl, but he has a new one now. I got replaced
by a different girl and her mom.

There were many more cards just like these. As I read through them,
they broke my heart. But they also reinforced my resolve to be a better
dad. We all know, deep down, if we’re the parent God wants us to be. If
we’ve got things to change, when is a better time than right now to put
some action to your words? These teenagers are crying out for a father
to notice them. A father to hold them when they are hurting. A father to
let them know that they are OK and he’s going to be beside them all the
way. A father that will follow God’s example and demonstrate to them
how deep his love for them is. A father that will verbally, daily, say to his
kids “I Love You”. Don’t let your children grow up, echoing the same
sentiments as those that you read about above. Put your family as your
number one priority on your schedule, this week and in the weeks that
follow.