In his book, The Present Future, Reggie McNeal writes: “…we have the best churches money can
build, but are still waiting for the church that only God can get credit for.” Something in me resonates
with that. The longer I’m in ministry, the more I long to be a part of something that can only be
explained by the presence and power of God. Paul said of his own ministry: “…I labor, struggling with
all his energy which so powerfully works in me.” I believe most of us in ministry share that same
longing.
That’s one reason why I’m encouraged by recent developments within our CBAmerica
family. Don’t misunderstand me here. We’re not hyping anything. We haven’t seen any dramatic
breakthroughs. We’re still facing a financial drain, and an organizational re-alignment. We’re trying to
recover a sense of mission and to redefine ourselves for the 21st Century. We are, quite frankly, in a
glorious mess.
That’s what’s so promising: we’ve been reduced to what’s primary. At our last national board
meeting, we called on each region to summon their church leaders to a Regional Prayer Summit.
NCCBA is solidly on board with that. We are inviting the elders of our churches (both lay and staff) to
come together in September of this year for three and one half days of prayer. There’s nothing else on
the agenda.
If you have ever been to a prayer summit, you may already be salivating. If you’ve never
been, you’re probably wondering how a group of guys can spend that much time in prayer. The most
disciplined prayer warriors among us may average an hour or two in prayer every day. How do we
sustain prayer together for three and a half days? The prospect may seem daunting at best, a terrifying
risk at worst.
At a prayer summit we spend most of our time seeking God’s face. We come into his
presence with more worship and adoration than prayers and petitions. Sometimes we sing, pray
Scripture, or reflect together on an aspect of God’s character. Such activities are authentically Spiritdriven:
there’s no scripted agenda. Those who lead remain sensitive to where God himself seems to be
directing.
We do have one anticipated outcome. During our time together, we want to discover God’s
direction for our churches. Think of it as a family gathering to talk to Dad about what’s next on his
agenda for the family. From this summit, we anticipate sending representatives to a national Solemn
Assembly early in 2005.
In C.S. Lewis’ classic, The Lion, The Witch and the Wardrobe, the inhabitants of Narnia have
endured a long siege of oppression under the White Witch. They describe it as a time when “it’s
always winter but never Christmas.” Hope comes when the rumor spreads that “Aslan [the Christ
figure] is on the move.”
The very fact that CBAmerica is calling itself to prayer is an indication to me that God is on
the move. Such times powerfully call us to set aside everything else and seize the moment. We dare
not miss what God is doing. This is so significant that I have already reserved September 27-30. Those
dates are inviolate on my calendar. I don’t want to miss this.
We invite you to join us in that same commitment. Clear the decks and prepare to let the wind
of God’s Spirit fill your sails for half a week. It’s time for us to get alone together with God.

Symptomatic Relief
When we’re not feeling well, we want relief from the symptoms and we’ll usually do whatever it takes
to get relief. Churches that are not healthy will also seek for symptomatic relief. They will do
whatever it takes to get back to “status quo.” But as former President Ronald Reagan used to say:
“’Status quo’ is Latin for ‘the mess we’re in.’”
I’ve designed a simple continuum that helps me communicate to churches where I believe real health
needs to happen: 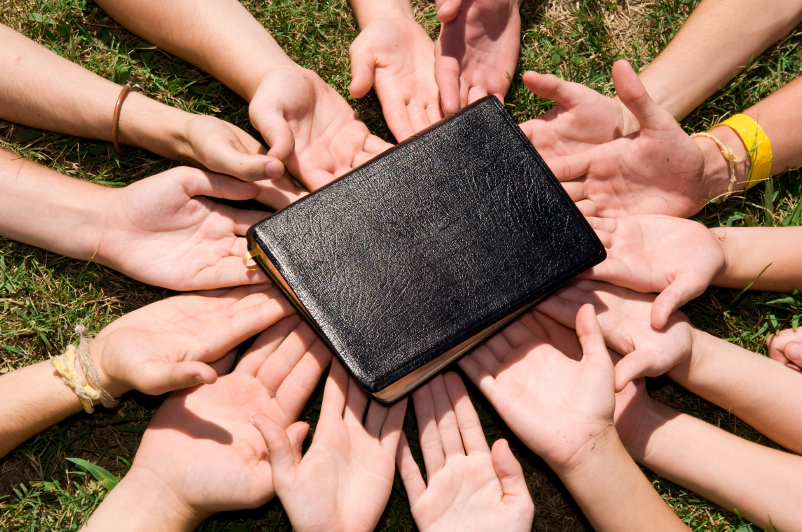 ______________________________________________________________________________
Symptom Structure System
When something happens in the church that brings some anxiety, there is a natural tendency to want
the symptoms to go away.
“If _________ would just leave the church, things would be better”
“If the pastor would preach more (better) about money, then our budget would be better.”
There is also the temptation to deal with issues from a structural standpoint. I intervened in a church
recently where one of the lay leaders really believed that if new policies and procedures were drawn
up, voted on and then dropped in the constitution, that people would stop leaving the church. Structure
is important, but it’s not where real change happens.
“If we just had policy about divorce, then it would be better.”
“We need to put something in the constitution about leadership standards.”
Real change happens in churches when the system changes. It’s a slower burn, it takes longer to figure
out and address, but it’s where deep change happens in a church. When we’re talking about systemic
change, we’re looking at:
• Communication: Are we an open system of communication or closed?
• Conflict: Do we avoid it or manage it?
• Vision: Are we mission or maintenance?
When leaders are willing to wrestle through these kinds of dynamics a deeper level of change and
health happens. The church body is like the human body—the symptoms are often indications of
deeper issues of health that need to be addressed.
If you would like help in assessing the health of your church, NCCBA has a number of resources to
help you. I would count it a privilege to help you do a systemic analysis of the church, to help you and
the leaders get at the matters of deep change.