Mike was one of the youth sponsors at our church who was trying hard to connect with a
student named William. He was excited about an upcoming retreat and hopeful that it would provide
him a great opportunity to finally connect with William. On the van ride up to the lodge, the sponsor
made sure that William was in his van and when we stopped for dinner, Mike pulled me aside.
“I think William and I are really having a great time together. I can’t wait to see what the
Lord is going to do this weekend in his life,” he said. I smiled and nodded.
When we arrived at the lodge, the kids piled out of the vehicles and began the mad dash to
find the perfect bunk. I watched as William arrived at a spot in front of the two rooms we had reserved
and looked back at Mike. “Hey, Mike! Which room are you staying in?” he shouted.
“The room on the right!” Mike answered, surprised. He looked at me and gave me a thumbs
up.
“Oh, O.K. Thanks!” William responded and quickly darted in the room to the left. Mike
spiraled from the heights of ministerial ecstasy to the depths of ministerial reality in a split second.
It is tempting to see youth ministry as a sprint. As we realize that the six years encompassing
the summer after their sixth grade year to the summer following their senior year goes faster than a
large pepperoni pizza at Super Bowl party, we can become tempted to look for short-term gains with
students. As we see in our mind’s eye that day when our charges will cross that graduation stage and
be removed from our weekly sphere of influence fast approaching, we can panic. We can sacrifice the
eternal on the altar of the immediate. There are questions every youth pastor or sponsor may be
tempted to ask that manifest such a mentality: How can I get these kids to like me? How can I get
them to just keep coming through the door? What do they want me to do?
The wise youth pastor (oxymoron?) understands that their ministry is not about these six
years with a student. It is about understanding the stewardship we have been given as a minister of the
body of Christ. This is the paradigm through which Paul views his ministry: “Of this church I was
made a minister according to the stewardship from God bestowed on me for your benefit, so that I
might fully carry out the preaching of the word of God” (Colossians 1:25). Understanding both his
responsibility and his methodology, he concludes by stating his ultimate goal: “We proclaim Him,
admonishing every man and teaching every man with all wisdom, so that we may present every man
complete in Christ. For this purpose also I labor, striving according to His power, which mightily
works within me” (Colossians 1:28-29).
It is the rare youth group member that will reach anything close to the maturity Paul speaks of
here. The task of the youth pastor is to be faithful to those tools God has supplied and not be tempted
to seek a goal that is inconsistent with the stewardship entrusted to him. The main tool that Paul
speaks of in this passage is the word of God. The youth pastor must be confident in the efficacy of
solid Biblical teaching, bathed in prayer and communicated by the Holy Spirit, to affect long-term
change in the souls of students.
Youth ministry is not a sprint. It is every bit as exhausting as the most arduous marathon.
Yet there can be no greater joy than that of seeing a young man or woman begin to take those first few
steps in their own marathon of ministry as they complete their time with you, choosing the difficult yet
joyous path of following our Lord and Savior Jesus Christ.
Daniel Bennett
Bethany Baptist Church – Peoria, IL
daniel@bethanycentral.org
Congratulations
to Roosevelt & 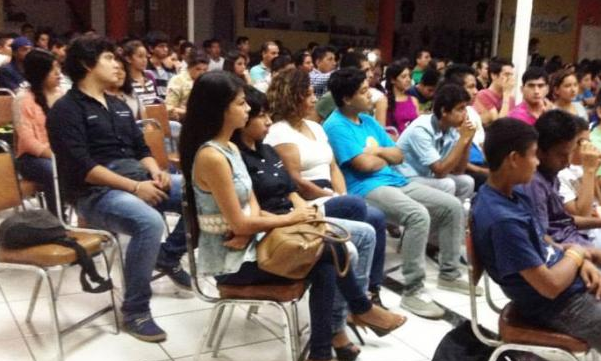 Mary
Matthews
On their 50th year
of marriage.
Confronting our Culture
The phenomenon of gay marriage has exploded in America. What has to this point been an
improbable debate, has now become a cause celebre as gay couples rush to the altar, gushing over their
newly acquired “rights.”
As Christians and as citizens, we are rightly alarmed by this trampling of law and disregard of
culture, history and values. We believe the Bible is clear and unequivocal about same-sex behavior.
Everywhere the Bible speaks to the issue, it treats is as sin.
Unfortunately, what the Bible says doesn’t resonate in American public life. Christians who are
used to slapping a biblical reference on their arguments are shocked to discover that such arguments
are prejudicially dismissed. They aren’t even heard, regardless of their merit. It seems that only those
values informed by biblical convictions have no standing in the marketplace of ideas.
Because of this cultural reality, it seems prudent for us to be able to talk about gay marriage from
other perspectives also. Do we have good and sufficient reasons for wanting to stop the headlong rush
toward uncritical acceptance of same-sex couples tying the knot? The following are talking points that
may help us speak to the issue. They are a compilation of ideas from several sources that have
crystalized as I have tried to formulate a response. As such they are neither original with me, nor do
they say all that could or should be said.
God’s ways are life-giving and liberating. Disobedience to what God says always has social
implications. Here are a few of them:
< Gay marriage offers special benefits, usually reserved for married couples raising children, to
same-sex partners. These are typically (though not always) childless couples already living in
comparative affluence.
< Giving gays marriage licenses is being touted as a courageous act of civil disobedience. In reality,
a few are sidestepping the rule of law, using judicial activism to disenfranchise the American people,
denying us the opportunity to fully debate the issue.
< Allowing gays to marry is a reckless experiment in social engineering without consideration to
potential negative outcomes. Our history in such adventures should give us pause: both the sexual
revolution and the adoption of no-fault divorce laws have had a dramatic, negative impact on women
and their children, creating a whole new class of impoverished, single parents households in which
children suffer most.
< In the rush to stampede the gay rights agenda, no one has explained the very real costs in terms of
health benefits, social security, etc.
< Gay marriage forces upon the American people the shared health insurance costs of the most
promiscuous, most at-risk people in society—homosexual men.
< Gay marriage forces upon the American people a moral acquiescence to a behavior many find
immoral and repugnant. Any reaction to that behavior, regardless of its basis, would have the sanction
of law in treating it as discriminatory, homophobic, even a hate crime.
< Far from extending to gays the benefits of marriage, gay marriage erodes the whole meaning of
marriage. When marriage is stretched to embrace everything, it soon means nothing at all and may be
disregarded by most.
< Those who argue for gay marriage have no basis for limiting marriage to any grouping of
individuals who demand the same rights, e.g. cousins who wish to marry, polygamists, those with
multiple partners of both sexes, etc. The same arguments are advanced by all sides.
Jesus called us to be sheep among wolves: wise as serpents and harmless as doves. There are no
attack sheep. It takes safe wisdom to address this issue in the public forum in such a way that we
express ourselves clearly without needlessly alienating people who matter to God.