Repentance, Sin and Me

In the recent past my attention has been drawn to the matter of sin and repentance.
There have been two sources that God has used to draw my attention to these issues.
One is a book Restoring the Fallen which is co-authored by three couples and the
second is a portion of a message I heard given by Ravi Zacharias. Great
Commandment
The book is about the fall and restoration of Earl Wilson who was a seminary
professor and counselor. For a ten year period he not only had an affair with a
female client but was engaged in massage parlors, prostitution and pornography.
Earl Wilson and his wife are one of the co-authors.
Passion
Great Commission
Focus

The book details, as the title implies, Earl’s restoration. As leaders I would
encourage you to read this book but not just for looking at the mechanic of a process
for restoring fallen people. The other reason, at least for me, is the fact that it really
helped me to see that when sin is not dealt with in our lives it impacts others in ways
we never would have dreamed.
The book starts with Earl realizing his ten year secret life is about to be made public.
To his credit he owns up to and is truly broken. However, what he comes to realize
as the restoration process unfolds there is much more to it than just getting reinvolved
in ministry. It started by the team reminding that the reason he was in the
mess was because he had broken his relationship with God. Therefore that is where
his restoration process began. Additionally as he was working on that he also needed
to be working on restoring his relationship with his wife, children, parents, friends,
church family, business partners, clients and finally professional life.
This newsletter
and those from
previous
months are
available on our
website at
There are three realizations that come to mind for me at this point. First, in a portion
of a message by Ravi Zacharias he spoke of the fact that sinful conduct leads to the
violation of others. Years ago I heard this question asked, “Who was violated in the
garden?” The answer is God was violated. When David’s sin involving adultery and
murder was exposed he gets it right when he says in Psalm 51 “Against you, you
only, have I sinned and done what is evil in your sight . . .”
www.nccbagc2.com

However, this does not mean that there is no violation of others. This then leads us to
a second realization. As Earl become aware of the impact of his broken relationship
with God, the team involved with his restoration began pointing him toward all the
other broken relationships that resulted from his ten year plunge into sexual
immorality. Over a three year period he had to go to all those who had been affected
by his actions. It was a painful process because he was forced to look into the eyes of
those who had loved him, worked with him, worshipped together with and trusted
him.
The final realization is that when one really starts looking at personal sin, you begin
to realize not only an expanded list of those who are violated by it, you also become
aware of an expanding list of sins that were a part of what leads to a fall. Earl Wilson
came to realize that he not only had a sexual moral issue but a whole list of other
sinful behaviors that were part of his fall.
Paul gave this instruction to Timothy, “Watch your life and
doctrine closely. Persevere in them, because if you do, you will
save both yourself and your hearers.” As leaders we can
become so busy in the pursuit of ministry success that we fail
to realize that “sin is crouching at [our] door.” To be
successful leaders we must realize that sin harms God and
those who come into our sphere of influence. Not only that it i
rarely just one issue that leads to harming God and others, but
several. Let us ask God to come in and help us to look closely at our lives for His
sake and the sake of others.
s
Don Shaw
Regional Director, 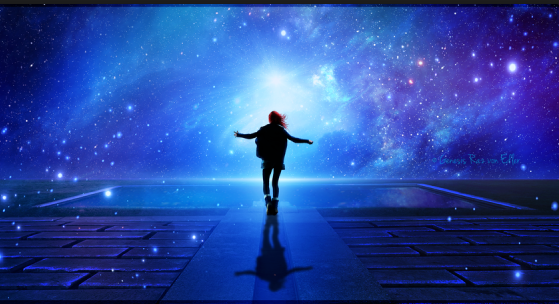 donnccba@triwest.net
TIME OUT, TIME OFF
Nestled quietly between the accounts of the beheading of John the Baptist and Jesus
feeding the five thousand (Mark 6; Matthew 14) are a few verses that usually get
skipped over as we look at the important stuff.
“The apostles gathered around Jesus and reported to him all they had done and taught
(Jesus had sent them out two by two to preach and heal). Then, because so many
people were coming and going that they did not even have a chance to eat, he said to
them, ‘Come with me by yourselves to a quiet place and get some rest.’ So they went
away by themselves in a boat to a solitary place.” (Mark 6:30-32).
Matthew references this same situation in half a verse. He reports, “When Jesus heard
what had happened, he withdrew by boat to a solitary place” (Matthew 14:13a).
According to the context, what Jesus heard was about the murder of John the Baptist
at the request of a vengeful woman and her dancing daughter.
Whether the desire of Jesus for some “alone time” was because of the fatigue of
ministry or the impact of a colleague’s death, there is no denying that he was
concerned for the well-being of his followers and for himself. It was time to get away
to a solitary place.
More true to life than we would like to acknowledge, it never happened. The crowds
saw them leave and figured out where they were going. Rather than following them,
they went a different way and actually arrived first. They were waiting for Jesus and
the apostles when they arrived.
2
3
Has your summer been like that? A planned vacation is canceled because of a death
in a prominent church family, or one of the kids gets sick the day the family picnic
was scheduled. Perhaps you never even thought of time off, since everybody else
needed their break while school is out.
Have I got a life saving idea for you! I know a place you can go that I can guarantee
you no-one will follow you! At least, not the first time. They may try to stop you
from going, or they may try to draw you away once you are there, but they won’t
follow you.
I am referring to the NCCBA Prayer Summit at Cedar Lake Conference Center in
Indiana September 25-28 (Monday afternoon to Thursday noon). I can promise you
two things: you will come away full and hungry. Am I crazy? No, just convinced!
I am convinced that you will leave this time away from all the normal stuff of life and
ministry filled to overflowing with the presence, love, grace, mercy and power of
God. You will spend more time in prayer during these days than most of us have in
several months. God will meet you, I am convinced. You will spend more time by
yourself than you ordinarily have in weeks. And you will experience a broader and
deeper fellowship with other pastors than perhaps you have ever had before.
I know all the arguments against it. It is the start of the fall program season. It is too
long, too much time. It is too far away; gas costs too much. One thing you can’t say
about it is that it is too expensive. $147 for three nights lodging in a motel-like room,
and 6 meals that will leave you physically satisfied is a great deal in anybody’s book.
The only real question is whether you are willing to trust God to meet you in such a
powerful and beneficial way that all of the objections will vanish as inconsequential.
I am confident that He will. Try it, you’ll like it. Try it, God will bless you mightily.
You will leave full of joy and gratitude, and hungry for more time and times like this
one.
Registration deadline is September 6th, with a $25.00 deposit. Don’t miss this
opportunity.
Nicholas D. Bell, Interim Pastor
First Baptist Church, Streator, Illinois

In a recent front page article in USA Today it stated that the insurgent snipers in the
Middle East are beginning to focus on senior officers, doctors and CHAPLAINS.
They feel by killing these leaders they will break the morale of our troops. They have
their eye on them! It’s a chilling thought!
I thought of the Lord with His eyes on His own and remembered these verses: Ezra
5:5, “But the eye of their God was watching over the elders of the Jews”; Psalm
34:15-16,”the eyes of the LORD are on the righteous and his ears are attentive to
4
their cry; the face of the LORD is against those who do evil”;
2 Chronicles 16:9, “For the eyes of the LORD range throughout the earth to
strengthen those whose hearts are fully committed to him”; Zechariah 2:8-9, “for
whoever touches you touches the apple of his eye- I will surely raise my hand against
them so that their slaves will plunder them”; Psalm 17:8-9, “Keep me as the apple of
your eye; hide me in the shadow of your wings from the wicked who assail me, from
my mortal enemies who surround me.” Please pray for our eight chaplains in the
Middle East war zones, for their safety and for their families back home.
We can also pray for the insurgents that God would “Open their eyes that they may
see wonderful things in His law” (Psalm 119:18). To learn more about chaplaincy,
please contact Al Russell at chapruss@earthlink.net or call his office at 218-776-
2813.
Good Idea Section:
Update on Liberty Celebration
We had our Liberty Celebration on July 9 here at Bethany Baptist Church. This is for elected
and appointed officials and is not a political day. It is a time to let them know we are praying
for them and thankful to God for them.

We had in attendance:
• The Police Chief–Our township is about 97,000 and he is over a police force of
about 125 officers
• A State representative
• A member of the Governor’s cabinet
• A trustee on the Township board
• The deputy Supervisor of the Township.
There were two who said they were coming and did not show. I am delivering their Bibles to
them.

The theme of the day as we honored these officials was “In God We Trust.” We had good
music, a time where I thanked each one individually and gave them a Bible. The Police
Chief got a Bible specifically for police with the police badge imprinted on the front. The
member of the governor’s cabinet is the Adjutant General of the Michigan National Guard. I
asked him to speak for 10 minutes. This man is a well respected Christian who has been to
Iraq and told us ways to pray for the soldiers as well as ways to pray for these officials.
I ended the service after a message on the theme by asking our church to raise their hands if
they will commit to praying for these leaders. Since the leaders were in the front, I asked
them to turn and see how many would be praying for them. It was amazing to watch as the
whole church committed to praying for them. Following the service, we served a chicken
dinner to all who wanted to stay, which was most. I believe this was another way that we
showed the Love of the Lord Jesus and made ourselves available to our community.