Twenty-five years, two-and-a-half decades, a quarter of a century; sounds like
a long time especially as you look at changes that take place in lives. But 25 years is a
vapor the Prophet Isaiah would say. The importance of years passing is to learn the
lessons God is trying to teach.
Here are but four lessons I have learned over the years.
Lesson One: Humility. In December 1977, Sue and I had applied to New
Churches Now to be church planters in Bloomer. We were rejected. The senior pastor I
served under then resigned. The chairman of the Deacon Board evaluated my ministry
skills and declared me unfit to be an interim let alone a pastor of the church I served.
Adding insult to the injury my two preschool children came down with pneumonia.
Feeling cast down, I counseled with Fred McCormick, NCCBA Coordinator. He
encouraged me to humble myself and approach the critical Deacon to seek him as a
mentor. I did, the Deacon changed his mind, and the rest is history.
Lesson Two: Solace in Scripture. In 1980 a family in our small six family
church began to keep track of my work habits. They presented me with a list of 33
shortcomings. At a Deacon Board meeting, the Deacons encouraged me to apologize. I
did, but I felt misunderstood. That night I wanted to resign. The Spirit of God brought
Psalm 42 to my mind. I prayed it to the Lord and He brought peace to my heart.
Lesson Three: Keep It Simple, Stupid. While serving as associate pastor in
Chippewa in 1976 the senior pastor decided I should attend all committee meetings.
The result was in October 1976 I was home two nights the whole month. Church
services, youth gatherings, committee meetings and Bible studies filled the whole
month. I purposed then to have simple constitution to direct the affairs of the
churches I served.
Lesson Four: Preach Jesus. About 1982, a key family in our church got the
Holy Spirit. They decided to start a “spirit filled church” and invited half of our church
to join them. Many people went and their first couple of meetings consisted of roasting
Eldon. I wanted to defend myself and preach a long series of messages on their errors.
Larry, one of the Deacons, pulled me aside and counseled me. “Just preach Jesus,” he
said. I did and God protected the church.
Well, what does it take for a guy to stay in a church? The things I know is:
Having a wife committed to the work, a group of people loving each other, that same
group of people having a clear purpose of what God wants. These are traits for the
long haul.
Pastor Eldon Carlson
Alone or Together?
In the early part of 1969 training officers called the 240 men of 93rd Company 1st
Battalion to formation. They were marched from the company area to Infantry Field.
For the next several hours these infantry officer trainees were pushed to limit
physically. The first part of the time was spent low crawling. This went on for more
than an hour. Elbows and knees were rubbed raw. Some of the trainees were openly
bleeding. The next phase involved doing wind sprints for an extended period of time.
All during these two events the training officers were hurling verbal abuse on the
For Sale:
• 1999 Buick Park
Avenue: Good shape,
90k, $6,400.
Call 715-538-2298
• Digital printer Kyocera
Mita KM 3530
photocopy machine:
Many extra features.
Under 2 years old.
Book value is $8,500.
Seeking $6,500 and
will consider
payments.
Call 715-538-2298
company as a whole but also selecting individuals for supposed weak performance or
bad attitude. The last phase involved running laps around Infantry Field. The field
was the size of around six football fields. After several laps had been completed the
training officers stated that the first person to cross the finish line at the completion of
the next lap could go back to the barracks. At some point during that lap one of the
trainees yelled out, “let’s hold hands and finish together.” The 240 men all adjusted
their pace, held hands and finished as one. The training officers began the verbal
tirades and ordered another lap. The voice once again yelled, “let’s hold hands and
finish together.” Once again everyone adjusted their pace, held hands and finished as
one. 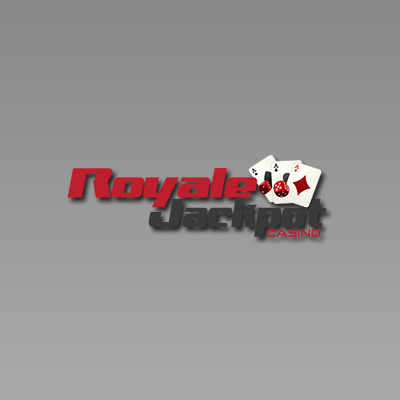 This took place early in the training, many weeks of training lay a head. It provided to
be pivotal event. The fact is that the training officers wanted to find out how the
company would respond under duress. Would the company act as a unit or would it
be each man for himself? The company became a unit, 240 men from all over the
country chose on that day to set a pattern for how they would operate whenever there
was a contest between themselves and the training officers. As a company they
received the highest award given and during their time together were able to pull some
rather unusual stunts. The reason I know this is I was one of the trainees.
I was reminded of this event as I have been dealing with Regional matters since the
resignation of Dan Clausen. I think the reason it has come to mind is that, if there has
ever been a time for a group of individual churches to come together it is now. I not
only think this is true on the national level, I know it is true in our region.
The rationale for this does not rest on the incident at Fort Benning but from Scripture.
In the wisdom literature the writer of Ecclesiastes says, “Two people can accomplish
more than twice as much as one; they get a better return for their labor. If one person
falls, the other can reach out and help. But people who are alone when they fall are in
real trouble. And on a cold night, two under a blanket can gain warmth from each
other. But how can one be warm alone? A person standing alone can be attacked and
defeated, but two can stand back-to-back and conquer. Three are even better, for a
triple-braided cord is not easily broken.”
While there is merit for CB’s to want to retain autonomy the danger is that we see only
what we do from the perspective of the one, my church. However, when one means
many coming together, sharing each others strengths, there is greater power and
effectiveness. We are not the kingdom of God but are a part of that kingdom that has
been entrusted with a portion of it. I truly believe that if we can come together as one
in a unit, rather than one alone, the Great Commandment and Great Commission will
not just be a motto but a reality of experience. Let’s hold hands and cross the line
together.
Don Shaw
NCCBA Board President donnccba@triwest.net
Life Is Not a Spelling Bee
In her wonderful book called Into Abba’s Arms, Sandra Wilson talks about National
Spelling Bee competitions where they have Comfort Rooms every year at the finals.
These rooms are designed for the child to go and throw things, cry, yell, scream or
whatever to release the frustration of one mistake—-misspelling one word. The children
forget that they spelled correctly hundreds of words, but feel like failures for getting
one word wrong.
Life seems like a spelling bee to many pastors. The profession draws those who have
perfectionist tendencies. Some pastors see their failures as fatal and are unable to draw
upon the rich resources of God’s grace. In short, they can give grace but have a
difficult time receiving grace.
In my post-graduate work, I studied Adlerian psychology. Their credo is “the courage
to be imperfect.” Our Abba Father did not call us to ministry to model perfection; he
called us to be grace-givers and grace-receivers in a broken world. When we discover
the courage to be imperfect, we will experience what the Apostle Paul experienced:
Three times I did that, and then he told me, “My grace is enough; it’s all you need. My strength
comes into its own in your weakness. “. Once I heard that, I was glad to let it happen. I quit
focusing on the handicap and began appreciating the gift. It was a case of Christ’s strength
moving in on my weakness. Now I take limitations in stride, and with good cheer, these
limitations that cut me down to size—abuse, accidents, opposition, bad breaks. I just let Christ
take over! And so the weaker I get, the stronger I become. II Corinthians 12:8-10, The Message